Interestingly, developers do not have people management. But they still consider themselves motivated. What will be the result of this?

In the previous article of the series, the developer’s point of view regarding the direct manager was evaluated. Now it is assessed what they find about the company they work for.

With this question, the goal is to assess how much developers care about their boss. So the question intentionally informs that the workplace is good.

If your actual boss changed to a new company, would you follow if invited? 40% said yes, even without a raise.

I want the Leadership stick!

In order to evaluate the influence of the lack or presence of the management in the perspectives of a professional, we asked what the expectations of the interviewees were. One can assume: 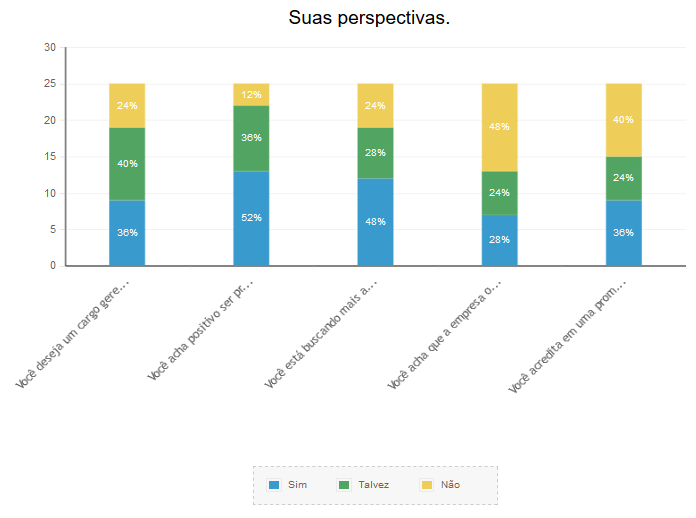 What do they think about company?

This question aims to evaluate how much the manager influences the decision about the company. The result was similar to the result of the manager’s evaluation.

It is still open why. But this is another research …

What is your own opinion?

About rftafas 183 Articles
Ricardo F. Tafas Jr graduated in Electrical Engineering at UFRGS with focus on Digital Systems and achieved his Masters also in Electrical Engineering on Telecomunications Network Management. He also author of "Autodesenvolvimento para Desenvolvedores (Self-development for developers). Ricardo has +10 years experience on R&D Management and +13 years on Embedded Eystem Development. His interest lay on Applied Strategic HR, Innovation Management and Embedded Technology as a differentiator and also on High Performance Digital Systems and FPGAs. Actually, he is editor and writer for “Repositório” blog (http://161.35.234.217), editorial board member at Embarcados (https://embarcados.com.br) and he is Management and Innovation Specialist at Repo Dinâmica - Aceleradora de Produtos.
Please login to comment
0 Comments
Inline Feedbacks
View all comments